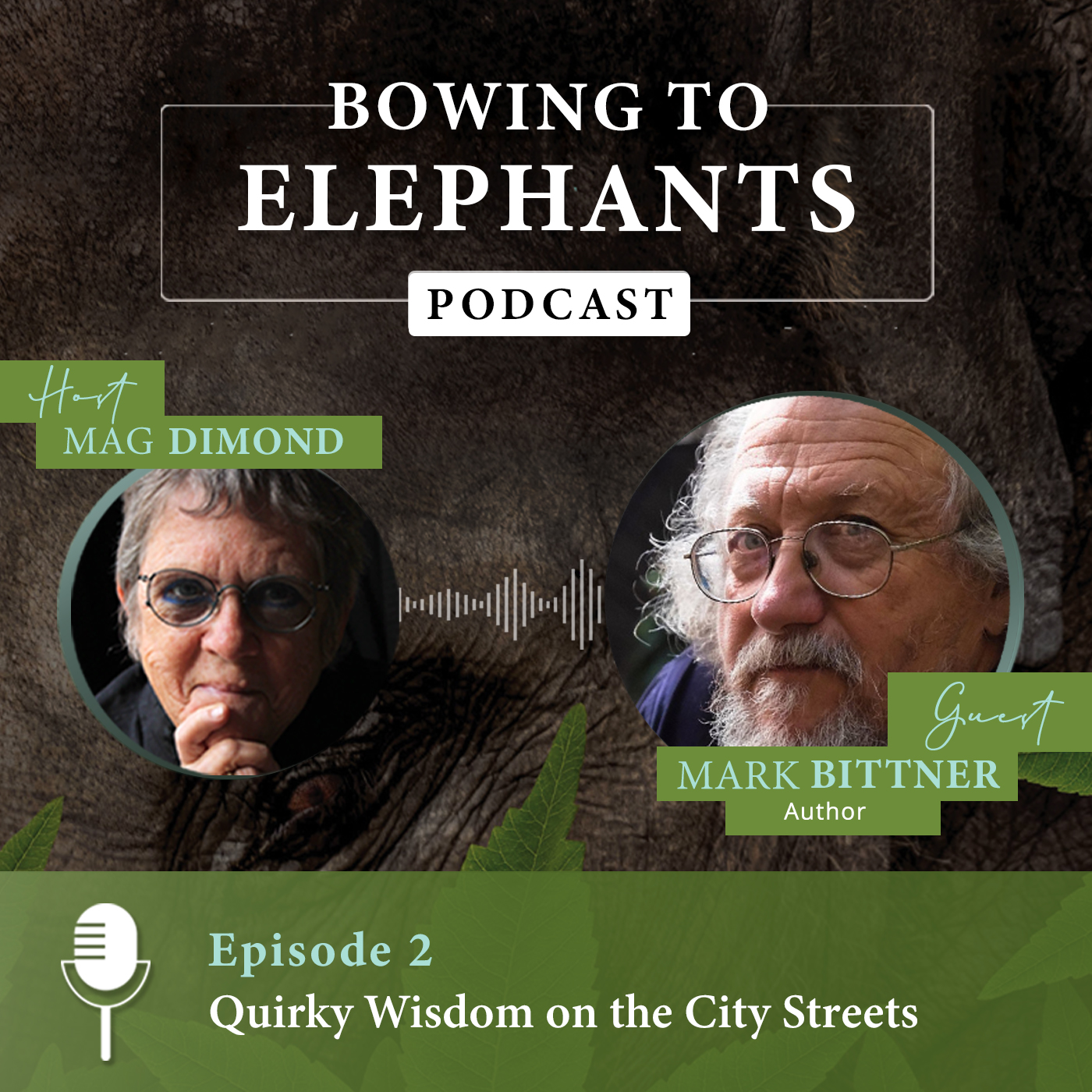 Today’s honored guest is Mark Bittner. Mark is a citizen of San Francisco. He was born, however, in Oregon, and he traveled to Europe and then came back to the US, moved to Seattle, where he spent several years. During that time, he wished to become a professional musician. Things caved in and he ended up spending 14 years living on the streets of San Francisco as a spiritual seeker.

His life changed when he became the caretaker of a home in Telegraph Hill, and started up a relationship with a flock of wild parrots, who pass through the area, eventually writing a book about his relationship with the birds that became a New York Times Best Seller.

A documentary film was made as well, both of them entitled “The Wild parrots of Telegraph Hill”. Mark married the filmmaker Judy Irving and today they live in a home on the hill.

Mark is currently working on a book and a collection of songs about his days on the street and the path that led him there. They are titled, respectively, Street Song and Street Songs.

[2:04] Mark let us into his background; trying to develop his musical career which failed, living on the street for 14 years and eventually came a time when he needed to get stuff off his chest which he did though writing a book that became a New York Times Best Seller.

[11:37] Find out what are Mark’s thoughts and feelings towards today’s state of homelessness. Mark also tells us why he thinks that it’s the system we have that fuels homelessness.

[17:12] My perspective of how lack of exposure to options and possibilities is also contributing to the problem of homelessness.

[19:31] Mark’s book “The Wild Parrots of Telegraph Hill”, New York Times bestseller which is drawn from his interaction with Parrots, Mark talks about the connection between life on the street and his relationship with the parrots.

[21:28] Marks tells us how his relationship with the parrots helped answer questions he had, some from his childhood and even resolved puzzling situations to be clear and simple.

[24:06] I talk about my two different moments of experience where I felt really connected with an elephant and 2 parrots.

[27:18]Mark tells us some interesting facts and characteristics of parrots.

[30:32] I tap into Mark’s observation skill that he uses to take really marvelous photos of architecture and nature in San Francisco. Mark tells us what he finds to be true and real in San Francisco.

[36:09] Marks talks about the challenges he has faced writing his memoir “Street Song”. I also join him to talk about my challenges which are almost familiar to those Mark has faced.

“Feel like the system we have creates homelessness because it creates the sort of game of winners and losers. And if you’re not a winner, it’s going to break you and a lot of these people are broken. They just cannot get to the life the social work is trying to get them to be constructive citizens”.

“Addiction, a lot of that is just people partying to the max because it’s so more appealing than getting a job and getting a credit card and doing all of that stuff. It’s just like the life has become kind of dead”.
“Causes and conditions help form our personnel in our pursuit of reality. We are a product of causes and conditions”.

“I was on the street for 14 years, and I was constantly dealing with certain issues, specifically about consciousness. But certain issues I never was able to resolve until I started having that experience with the parrots”.

From the bottom of my heart, thank you so much for being here. If you aren’t already, come join the party over on:

If you enjoyed this episode, please be sure to rate and review this podcast.